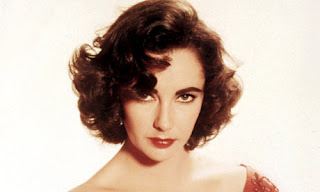 I confess. I’m a bit late to the show on this one, and that’s not just a day or two late in posting this after Dame Taylor’s passing. I mean I was late in discovering the phenomenal talent that is Elizabeth Taylor.

Oh sure, I knew the name, but the fact is, my first real exposure to her was on “General Hospital.” Long after her film career was over, in the heyday of the soap when the names Luke and Laura were on everyone’s lips, Elizabeth Taylor made a few appearances on “GH” as the sinister Helena Cassadine, in the highest rated episodes of any daytime soap opera. Of course by that time, she had already reached legend status. 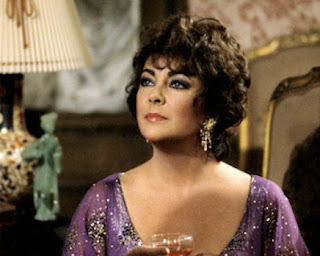 The violet-eyed beauty had begun her career as a teenager decades earlier and went on to appear in dozens of films, television shows and stage roles. Liz was a two-time Academy Award winner for Best Actress, for Butterfield 8 and Who’s Afraid of Virginia Woolf? respectively. It was in the latter film that I first saw what an amazing talent she truly was. From that point on, I caught up on her films.

The aforementioned Woolf is probably my all time favorite, but she is best known for her roles in National Velvet, Cat on a Hot Tin Roof, Raintree County, Suddenly, Last Summer and of course the title role in 1963’s Cleopatra. Liz was also known for her many marriages and in recent decades her work with many AIDS-related charities.

Elizabeth Taylor passed away yesterday morning due to complications of congestive heart failure, she was 79. We have lost one of the great ladies of Hollywood’s Golden Age, and we are much poorer for it. She will be missed.