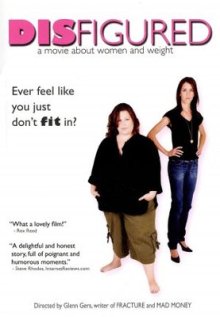 Disfigured ~ This quirky independent film takes a look at perspective when an anorexic woman who sees herself as fat tries to join a fat acceptance group. A friendship develops between her and one of the group’s founders that makes everyone learn a bit about themselves in the end. Disfigured is an important film about body image written and directed by Glenn Gers, and it’s highly recommended. I really liked this film.

Blubberella ~ On the opposite end of the spectrum is this mess. Just when I thought Uwe Boll could not sink lower, could not possibly make worse movies than he already made, comes … this. Lindsey Hollister, who should know better, plays a World War II superhero in the shade of Blade who kills Nazis because they are depleting her supply of men on JDate. 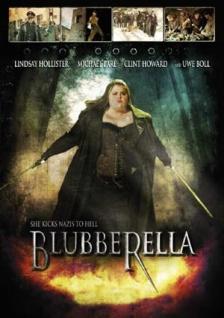 This is just horrible, and despite being labeled a comedy, there are no laughs. It is offensive, and offensive to everyone, from overweight people obviously to every possible minority, including Holocaust victims. There’s even blackface in it. Hollister and Ron Howard’s brother’s Clint have made the bottom of my hate list for being in this piece of crap. At least Uwe Boll plays Hitler here, a role so suited to his filmmaking abilities.

As good as Disfigured is, Blubberella is bad. This is a major contender for worst film ever made.