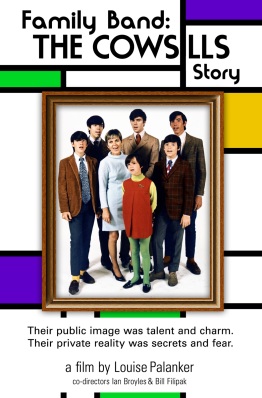 Family Band: The Cowsills Story ~ I would wager most of the folks reading this have zero idea who the Cowsills are, and I also think those that do know, only know the footnote.

The Cowsills did “Hair,” the title track from the Broadway show, the theme to “Love American Style,” and oh yeah, they were the inspiration for the Partridge Family – literally the real thing. Again, just a footnote. That’s pretty much all I knew as well until I watched this great documentary on Showtime.

The doc, done through interviews with the Cowsills, and their contemporaries, as well as footage of the time, tells the tale of the family band’s meteoric rise and eventual fall into oblivion. There’s a tragic side in the form of the manipulative and abusive father. It doesn’t end well, probably why you don’t remember them, but you should.