I’m about a month late to the party on this one, but there’s still time for the rest of us. This fabulous Netflix exclusive TV series starring Kevin Spacey, Robin Wright, and Kate Mara, is probably the best thing I’ve seen outside of pay cable in a while. And that’s probably the coolest thing about it – it’s not cable at all – it’s only available on Netflix. Welcome to the future.

“House of Cards” is based on the book(s) by Michael Dobbs, and the BBC miniseries that followed by Andrew Davies. Originally set in British Parliament, show developer and producer Beau Willimon adapted the concept to Washington DC and the US Capitol for American viewers. Spacey is an ambitious Congressman manipulating his way to the top with almost demonic precision and sly fourth wall breaking asides to the viewers at home. There are Emmy caliber performances by all involved, but I wonder if it will be eligible for the Emmys?

Netflix, observing viewing habits and trying to keep ahead or at least abreast of cutting edge technology, has gone into the entertainment business, creating their own shows. Seeing that many folks will watch an entire series at once, sometimes a season at a time – a practice called ‘stripping,’ Netflix created shows meant to adapt to that. In that spirit, the entire first season of “House of Cards” was released all at once on February 1st.

The compelling characters, I tense stories, and terrific performances will keep you coming back episode after episode. It also has the likes of David Fincher, James Foley, and Joel Schumacher in the director’s chair.  This is a series worthy of HBO, Showtime, or AMC, yeah, it’s that good. I highly recommend it. I just don’t know what I’ll be doing until season two comes out… 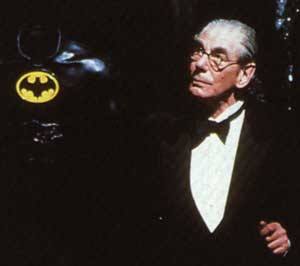 For a couple generations of movie-goers, Michael Gough is best known as Alfred Pennyworth in the Tim Burton and Joel Schumacher films in the Batman franchise, but he has had a long and distinguished career in television and film. Today, at 94, he passed away of old age in London, surrounded by family and friends. 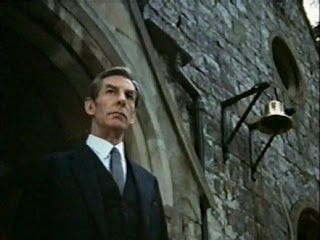 Gough appeared in over one hundred and fifty productions including several Hammer horror films, animated and live action features by Tim Burton, Trog, Konga, The Age of Innocence, “Doctor Who,” “The Avengers” and many BBC mini-series. He’ll be missed.

Perhaps Taymor will do to Spider-Man what Joel Schumacher did to Batman – only with singing and dancing. Let’s hope not. Brrr…

The Death of Batman

So Batman’s dead. Yeah, yeah, yeah. Been there, done that. Superheroes die and superheroes come back to life, it’s a cyclical, almost cliche thing with comic books. Maybe Batman’s dead today, but he’ll be back. After all, he’s been dead before, many many times, in many different versions and many different ways – and he always comes back. Hell, he survived Joel Schumacher, he can survive anything. 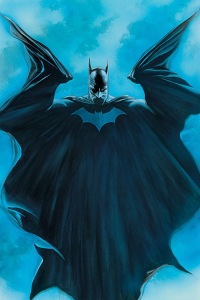 The real buzz began just over a year ago when DC Comics announced the next big story arc in Batman would be called, ominously enough, “Batman R.I.P.” It portends much just for a title. Writer Grant Morrison had been on the book for a while and had been mining some old and forgotten stories and concepts with the Batman mythos. It’s something the writer is known for, but he was pulling some weird stuff out of his creative hat, like outlandish stories from the 1950s that had been by and large no longer even considered in continuity. But then again, as I said, it was something that Morrison does best.

There were old 1950s tales that told of a Club of Heroes, inspired by the caped crusader, and so the writer theorized there might also be a Club of Villains with an equal hatred for the Batman. The Villains put together a plan to not only kill Batman but to break him psychologically. I won’t go into the details but they really did a number on the guy, but of course, despite an explosion with no bodies and a torn cowl and cape pulled from the wreckage of a blown-up helicopter – they failed to kill him. We all knew he wasn’t dead. Batman had walked away from worse things than that. The real result was an amazing jigsaw puzzle rollercoaster ride story by Morrison, which I enjoyed the hell out of, despite some scary and screaming bumps along the way. He told a good story, which was his job. 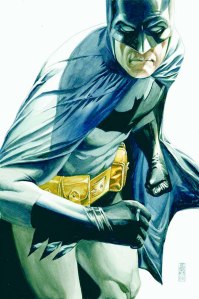 Problem was that folks in the know, people who read more than the comics, but peruse the comics press online, knew that the worst was yet to come. Batman had of course survived and was to be featured in DC Comics’ line-spanning crossover series Final Crisis, and was rumored to really meet his end in issue #6, which dropped this afternoon.

This time it was for real. This time we saw it happen and we see the body. Batman falls in battle with DC’s ultimate villain Darkseid, the self-proclaimed god of evil. While the caped crusader does manage to take out Darkseid, the evil god does the same to the dark knight.

The final issue of Final Crisis will be out roughly a month from now and we’ll see how this all works out. Current plans in the Batman titles indicate a ‘battle for the cowl’ to see who will replace him. Old fanboy and comics geek that I am, I see hints of a possible way out of this death in the pages of FC #6, but I’ll keep them to myself for now – but if I had to put money on it, Bats will be back and is watching to see who does what in his absence. 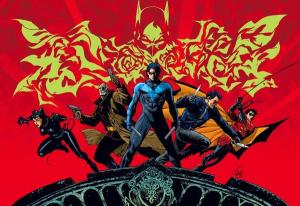