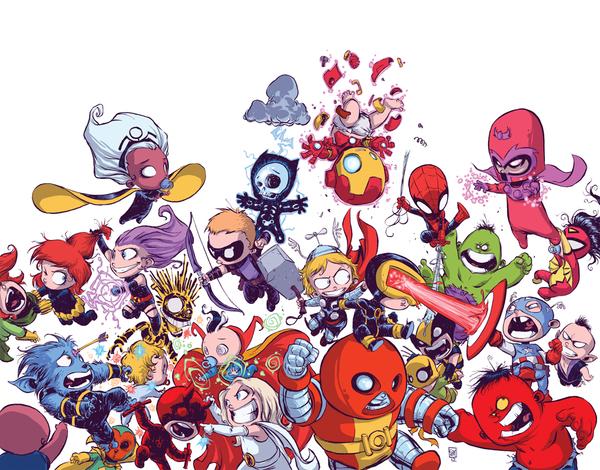 The All Things Fun! New Comics Vidcast is shot live every week at All Things Fun! – the South Jersey/Philadelphia area’s best comics and gaming store, located in West Berlin, NJ.

Co-hosts Ed Evans, Allison Eckel, and Glenn Walker discuss the new comics out this week in wicked high definition video, and also available on the YouTube. See it here!


Be sure to check out the crazy new All Things Fun! website, and the All Things Fun! Blogs, by Allison and Glenn, now featuring The Vidcast Drinking Game so you can play along at home, and ATF! on YouTube (don’t forget to subscribe to the channel while you’re there, and leave a comment or two on the Vidcast as well!).

And be back here every Wednesday (or Tuesdays at midnight) to watch the new broadcast, and thereafter throughout the week!

Don’t forget to get your secret phrase in to feedback@allthingsfun.net by Monday! 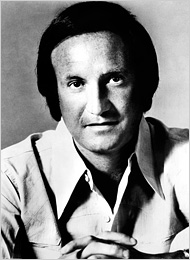 One of America’s greatest music producers, and a driving force in popular music for decades, Don Kirshner, passed away yesterday from heart failure in Boca Raton, Florida. He was 76.

I think it’s sad that there are probably generations who don’t even know his name, or if they do, it’s because of late night infomercials, or they think he’s a character Paul Shaeffer played on “Saturday Night Live.” Of course they are other generations, before the advent of MTV, who know the man and his contributions.

Kirshner was instrumental in starting the careers of numerous songwriters in the 1960s with his “Brill Building” school, where friend and producer Phil Specter also worked. ‘Graduates’ included Carole King, Neil Sedaka, Neil Diamond, Howard Greenfield, and Gerry Goffin. Together they scored dozens and dozens of hits, before they went on to have careers of their own, while Kirshner himself started several record labels and moved on into television. Known as “The Man with the Golden Ear,” he was one of the folks who created the Monkees, as well as the cartoon Archies, both groups prefabricated, and he also discovered many ‘real’ music acts as well like Bobby Darin and Kansas. 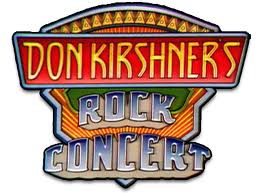 Kirshner was also a 1970s fixture on Sunday late nights with his legendary “Don Kirshner’s Rock Concert.” There he introduced many acts to America for the first time like Prince, Blue Oyster Cult, Earth Wind and Fire, Parliament Funkadelic, the Sex Pistols, Alice Cooper, Rush, Linda Ronstadt, KISS, Ted Nugent, David Bowie, and the Ramones, just to name a few of the hundreds who appeared on the program. The series, which ran from 1973-1981, was notable for being live and not allowing acts to lipsync, a widespread curse of the 1970s. We didn’t have MTV, we had Don.

We have lost one of the true geniuses of the music industry, he will be missed.

Lost Hits of the New Wave #7

“Stop This Game” by Cheap Trick

The above video is from an old Italian music TV show. The song, from the 1980 album All Shook Up. Like with Alice Cooper and “Clones (We’re All),” this represented a marked change in the traditional Cheap Trick sound, aping the now more popular New Wave sound. 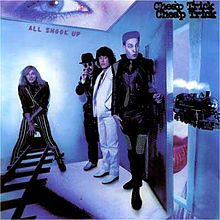 The song and the album were enough to put off the fans who had made Cheap Trick rock gods with their Live at Budokan album. Personnel changes kept the band from putting out a complete album for too long, and the Budokan heat had cooled. The fans were divided, rockers thought they were pop, and poppers thought they were rock, and in the end, they were screwed.

That wasn’t all that led to Cheap Trick’s downfall. Some say it was the Beatles curse, after Budokan they were dubbed the new Beatles, especially in Japan. That usually kills a band. It didn’t help that Cheap Trick themselves were huge Beatles fans, doing various covers like “Daytripper,” “Magical Mystery Tour” and even a mash-up with John Lennon of his “I’m Losing You.” 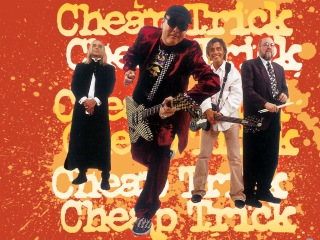 And then there were the plagiarism claims. Listen to their early 1980s pop ballad “The Flame” next to Spirit’s “Nature’s Way” if you don’t believe me. Even the above tune, “Stop This Game,” borrows a few rifts from KISS’ foray into disco and new wave, “I Was Born for Lovin’ You.”

Now, I don’t mean to bag on Cheap Trick. I still have a place in my heart for them. This song, as well as “Reach Out” from the Heavy Metal soundtrack, and “On Top of the World” from the classic 1978 album Heaven Tonight are among my favorite guilty pleasures. 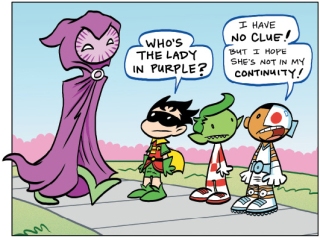 The first segment includes discussion of the following topics: Tiny Titans #46 and the identity of the New DC 52 Mystery Girl, Green Lantern the Animated Series #0 – both by Art Baltazar and Franco, Archie Meets KISS!, Archie Babies, Ed’s Marvels including Thunderbolts, Ghost Rider and the X-Men titles, and Glenn’s Marvels including Red Skull, Mark Waid’s Daredevil, the FF and the whole Marvel Universe B through C.

And be back here every Wednesday morning at 11:30 AM EST to watch the new broadcast, and thereafter throughout the week!