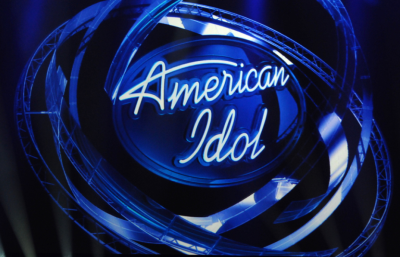 Even with Syria the top story in the news (and no, I still won’t be writing about it), today was a relatively slow news day, and still keeping a low profile amidst the lack of news was the final announcement of the judges on the upcoming thirteenth season of “American Idol.”

To make it official, Ryan Seacrest will continue to host the Fox series, and along with returning judges from last season, Randy Jackson and Keith Urban, he will be joined by the returning Jennifer Lopez from season ten, and longtime “AI” friend and fan Harry Connick, Jr. So no Dr. Luke as rumored, no Mariah Carey, and saddest of all, for me at least, no Nicki Minaj.

Without Simon Cowell, the show lost most of its punch and charisma as far as I was concerned, and Nicki Minaj made it worth watching for me. Even the contestants were bland last season, Idol’s lowest rated season ever, and Nicki made it entertaining for me, and really she was the only reason to watch. With the new/old crew set for season thirteen, I don’t know about you, but I’m not feeling it, and I might not be watching.

There’s a whole new game going on at Fox’s “American Idol” this season, specifically in the way of three new judges. Randy Jackson stays on as the only remaining original judge, but he is joined by country singer Keith Urban, hip hop media superstar Nicki Minaj, and the legendary Mariah Carey. The problem is, as I and others have talked about here and there, indications are that the newbies get along like gasoline and fire.

“American Idol” premiered with its twelfth season last week with two two-hour episodes featuring contestant auditions. Audition week is the best part of the show, it’s also the most watched and talked about, mostly because its s freak show. Not as much as it used to be sadly. Like hockey and lacrosse have been neutered by having the fighting taken away, we now have less freaks on “Idol.” I suspect the ratings have suffered as well.

But of course that’s not the freak show most of America has tuned in for this season.

Before the premiere, the powers that be have been wisely playing up the Nicki Minaj and Mariah Carey feud. Controversy breeds popularity. We all knew Nicki was crazy, I mean it’s a fact. Bitch cra-zay. But I think we, America as a whole, had forgotten the lunacy level of Mariah because that is a whole different planet of crazy. I think when we get to the live shows, Fox should just douse them both in gasoline as a preemptive strike because this is going to be bad, very bad. 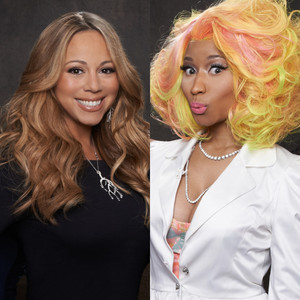 The funny part is that Mariah comes off as a real bitch, to my mind at least. She acts superior and too good for the show more often than not. Nicki is actually pretty entertaining in a crazy way. In the four hours I watched last week, she won me over. I was disappointed to see Steven Tyler go, even more so to see Simon Cowell go a few seasons before, but I am digging Nicki, and I wasn’t that big a fan before this. I love it when she does the fake British accent and Mariah winces. And hey, Nicki namedropped Kate Bush on prime time American network television, so I’m on her side.

Keith Urban is interesting. I was surprised to find out he was a New Zealander. I don’t really think he adds all that much however. The poor guy has to sit between Mariah and Nicki, and quite honestly, as far as his judging skills go, he’s the male equivalent of Paula Abdul. I keep waiting for him to say “Nice shirt.” to a contestant.

I also feel bad for Randy holding this all together. I wonder if he might snap before Nicki and Mariah kill each other. I have noticed that he seems to have turned his filter off. If somebody is awful, he tells them right away a la Simon Cowell.

Well, I’ve been here with “American Idol” for eleven seasons, and I think, because of Nicki Minaj, believe it or not, I will hang on a bit for season twelve. Let’s see what happens.

Two Divas, A Dawg, and A Dude 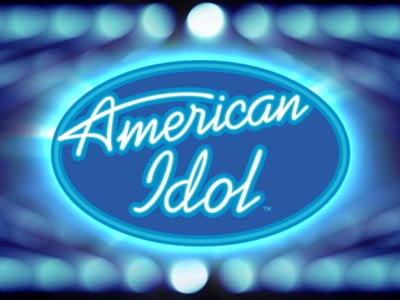 Today’s guest blogger Patti O’Brien is a fellow writer and dear friend from the South Jersey Writers Meetup group. She’s been having trouble getting folks to come to her blog, so I told her I’d give her a spotlight here on Welcome to Hell. She’s a terrific writer, check out her thoughts below on “American Idol.”

The premiere of the new season of “American Idol” (in mid-January 2013) may well be the most watched episode they’ve seen in years, and sadly, it won’t be due to the quality of the singers. The vocalizing on the first episodes is usually pretty dismal.

Nope, this year the singers will be secondary to what most viewers will be tuning in to see: the judges.

The feuds between Mariah Carey and Nicki Minaj are already infamous. I don’t actually know what they’ve been fighting about but it doesn’t matter; two pop divas are at odds, presumably over which is the top diva, Minaj already playing the age card and Mariah, well, playing the Mariah card. Who’s to say which will actually be able to accurately judge new talent? Sure, Mariah’s the top selling female pop artist of all time, but can she offer valuable advice to the hopefuls who’ll sing for her? Other than ‘show a lot of boob, all the time, every single time you appear anywhere’ of course.

Minaj is a performance artist with a loyal following, but can she mentor a contestant who needs serious vocalist guidance? Only time will tell, and that’s what we viewers, who may have wanted to swear off the show when the new judges were announced, will tune in for—what will they do, what will they say, what will they wear?

The other new judge, Keith Urban, is possibly known more for being Nicole’s husband than for his music. Oh, and he’s cute, so that’ll draw in some female viewers. Of course, county music fans – those same fans who voted for Scotty McCreery – may also tune in to a show that’s historically been thin in this area.

And how about Randy? He of the ‘dawg’ and ‘dude’ and ‘I’m just not feelin’ it?’ Randy spends most of his time name dropping; his favorite thing is to name the original artist and maybe an obscure session musician who played on the first release of the tune the vocalist has just ‘made his own.’ Other than drool over all warblers who share his heritage, I think Randy’s shown us all the tricks in his bag, but it’ll be nice to at least have one judge who knows how this thing works.

With all the changes the show’s gone through, it leaves me to ask myself which judge I think has been the best and which the worst. Let’s start with the worst, because that’s easier – Ellen. Please. The woman is so afraid of hurting someone’s feelings, she did nothing but praise or apologize: I’m sorry, it just wasn’t very good. But you’re so nice and pretty and wonderful and you’re a really good singer but for me, well, I’m sorry but I just didn’t love it. I’m sorry. 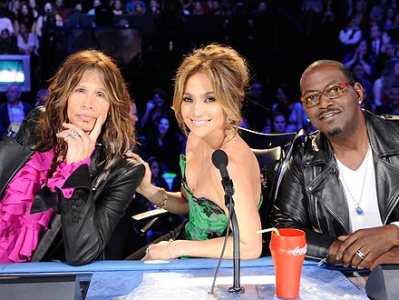 We get it, Ellen, you’re nice. But nice doesn’t butter the whole wheat toast on a rainy day in June, as my favorite judge might say. Yes, Steven Tyler, you were all that and a bag of crazy, but I loved you. You’d just as soon run up on stage and show ‘em how it’s done than sit there and listen, but you did offer opinions that were honest and usually on target, even if no one quite understood everything you said. You brought a certain panache to the show that the producers now need two crazies to bring.

And Simon? Well, you were harsh, obnoxious, full of yourself, wear nothing but undershirts, I mean, really, even plumbers wear shirts, Simon. Buy a button-up for the sake of all mankind, and learn to wear it with the buttons actually buttoned. You were mean and ornery, but you did make some good points.

Paula was sheer entertainment but on the few occasions when she was called on first, she could not put together a sentient sentence without first hearing what Randy or Simon had to say, then repeating it. But she, like J-Lo, looked pretty and was nice to the contestants; not as nice as Ellen, mind you, because Ellen’s kind of nice was gross. Sorry Ellen, I really am, but you sucked as a judge and you know it. Again, really sorry ‘bout that.

Someday, I’d like to see Ryan Seacrest in a judge’s chair. He’s heard everyone, knows the contestants better than the judges do, and must have a million opinions that nobody’s ever asked him to state. Well, I’m asking, Ryan: what the hell have you been thinking all these years? Maybe you should write a book; I’ll even ghostwrite it for you. We’ll call it “Dim the Lights,” and in it, you can tell us all the backstage gossip we crave.

So, when Idol debuts next year, I, for one, will be among the many who tune in to see how the new judges do. I don’t think I’ll like them too much, but I doubt they’ll be the worst. If you want to listen to some good ‘judges’ though, tune into “The Voice,” featuring Christina Aguilera, Cee Lo Green, Blake Sheldon and Adam Levine. The format is different so they don’t judge, they fight over the singers they want for their teams, so it’s much more civil. And almost every one of the vocalists on that show are good, which makes the show already so much more watchable than “Idol.”

Also, I am now in love with Adam Levine, or as I call him, Mr. Devine. But that’s another story.

You can check Patti’s blog Too Pooped to Pop here, and she’s also on the Facebook and the Twitter. Friend her and follow her, it’s worth it.

How Low Can Idol Go?

One of the big Hollywood gossip stories of the last week, and one that dominated TMZ was the Nicki Minaj – Mariah Carey blow-up on the set of the Charlotte SC auditions for “American Idol.” Apparently the two new judges on the show had words, exchanged threats, and some witnesses say even got physical. To me, even when the news first broke, it all seemed very suspect.

Later Mariah appeared on “The View” and mentioned, yeah, it was that casual, that Minaj had said if she had a gun, she “would have shot the bitch,” meaning Carey. Mariah’s husband, Nick Cannon, host of another talent show on another network, stated this past weekend that it was “all good.” I don’t know, a death threat, or at the very least a gun threat doesn’t sound to me to be “all good.” I think I’d be pressing charges if that was me or my wife – and double that if I was a big star in the public eye.

That, coupled with the fact that “Idol” remains in production, with no judges being removed, or visible disciplinary or legal action being taken – and especially considering the show’s flagging ratings last season – just stinks of publicity stunt.

What do you folks think? I think the ratings will be bigger come January when “American Idol” returns to Fox, and furthermore, I think both Carey and Minaj will be in attendance. One of my favorite quotes is one from Salvatore Dali, and was appropriated by Madonna – “There is no such thing as bad publicity.” I think it fits here. Time will tell.