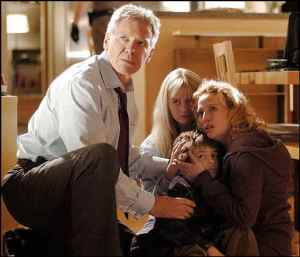 Firewall – I have to wonder if Harrison Ford got the memo that no one cares anymore? When was the last time he had a hit movie? It might be time to make a new Indiana Jones or Star Wars flick before it’s too late because he’s not aging gracefully. Sean Connery is hotter than Ford at this point. Dude is looking old and not able to do the action hero anymore. Not that Firewall, a cutting edge bank heist thriller, has cast him in that role, but he’s not even cut out for the passive role he has here. The flick does have its share of suspense and tense moments but Ford doesn’t supply many of them. It might also be nice if all the loose ends were tied up at the end. 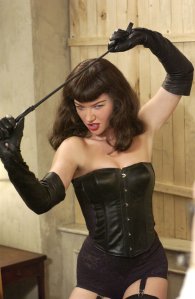 The Notorious Bettie Page – I’ve never been a hardcore fan of cheesecake or Bettie Page, but I know my share of the phenomenon from Dave Stevens art and working in a video store with a healthy old school burlesque collection. Gretchen Mol is beautiful and stunning, and her acting is top notch as well. Props to writer/director Mary Harron. Beautiful women and wondrous cinematography.

Oldboy and The Boondock Saints – Both of these flicks came highly recommended by friends. There are elements to them that I really liked but overall I was bored and disappointed. The latter was many levels more engaging than the former until its anticlimactic ending.