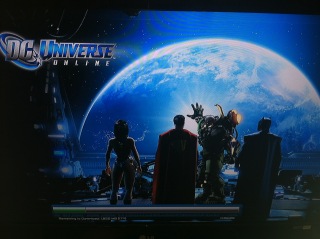 It had been a while since I cracked open the PS3. That’s actually a good thing as I’ve been getting some writing done. Life also sometimes gets in the way. I played the prerequisite hour or so of Pain, and then went looking for something else to play.

As our current tabletop DC Comics role-playing game has been stalled by folks’ busy schedule I was jonesing for superhero action so I turned to DCU Online. As I said, it had been a while, so it took forever and a day for it to download updates. Does this happen to everyone, or is it just me because I haven’t turned on the machine in a bit? 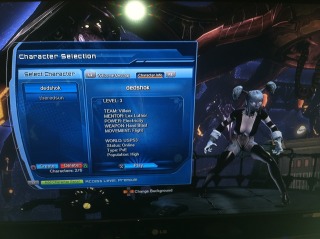 When it was done I flew around Metropolis as The Red Sun trying to figure out what’s what when I got a brainstorm. You have options in the game to have more than one character so I thought, just for kicks and giggles, I’d make a super-villain, and see what different. Walking through the steps of creation was easier this time. I think I had a young woman with zombie skin, inspired by Live Wire and the Joker with electrical powers. As last time, the hardest part was the naming. After several misses, I hit on the name Deadshock, although I think it’s spelled ‘dedshok.’ 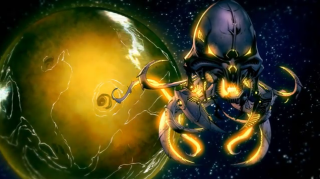 Much like my problems as a hero, I had a hard time getting out of Brainiac’s spaceship, which is apparently the default starting point. Being a villain, at least I didn’t have to fight my way out like before. But I did still have to find a way out.

Once out I ended up in Metropolis, and instead going to the police station I went to the villain equivalent. Same steps, same rules, same old same old, just cooler powers this time. I did take quite a delight in blasting everything in sight. I have to go to a certain place for a mission, yet I can’t find it. I guess I need to buy a GPS.

Is there some sort of guide as to how to play this game? Color me confused, as I’m a DC Comics fan who really wants to play and experience this world – and I’m hopefully just limited by my non-experience with games. 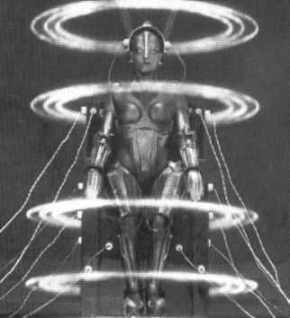 My review of the silent scifi film classic Metropolis is now live at Biff Bam Pop!.

Metropolis is one of my all-time favorite movies, and revolutionary in inspiring an entire film genre. You can check my review out here.

Christmas in the DC Universe Online 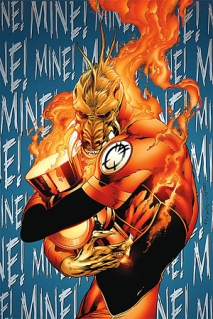 When last we left The Red Sun, in the DC Universe Online game, he had escaped from Brainiac’s ship and was wandering around the Metropolis (at least I think it’s Metropolis) police station trying not to tick off other online players whose characters, flagging their names behind them, whizzed to and fro. Yeah, I was lost again. Basically I was at the “Now what?” point.

Eventually after wandering in circles for awhile, and trying to talk to characters who were not player-controlled, I learned that Super-Gorilla Grodd was attacking again, this time with a plan to turn humans into apes. Again? But that trick never works. Despite all that, I learned how to fly, and use the map, and got myself to the big battle. 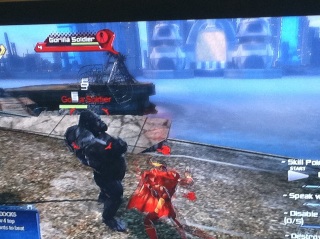 Battle is kind of a misleading. Massacre is more like it. They beat me down, bad. Luckily Jeff came over and gave me a boost with the game. He played his way through quite a few gorilla soldiers, and got us (I know, but I’ll get to play after he’s done) to the next level. Coolness, thank you, Jeff.

In the midst of battle throughout Metropolis (yep, it’s definitely Metropolis), we kept seeing Christmas trees, which I thought at first were a nice holiday decoration. I’m guessing that’s what the massive update was before we started playing. It could have been that or the two new (buyable) updates for speedsters and Green Lanterns, of which there were many, far too many actually. I guess everyone abandons their old characters when new powers become available. 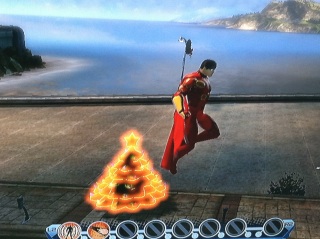 We soon learned that the update was probably a special Christmas present for DCUO players – a new adventure called “Season’s Greedings” featuring Orange Lantern Larfleeze who has come to Earth to strike back at Santa for leaving him empty-handed this year. The new quest involves collecting stolen gifts and fighting Larfleeze’s orange constructs without being trapped in snowglobes or turned into orange energy snowmen.

What a pleasant surprise! It sure beats being clobbered by big monkeys any day. Merry Christmas!

Aelita, Queen of Mars ~ This one is a silent Russian science fiction film from 1924 that may have influenced Metropolis as much as it was in turn influenced by The Cabinet of Caligari. It has amazing and innovative sets for the time, and even today, some odd and impressionist enough to give Caligari a good run for its money. The costumes are intriguing as well, especially Aelita’s weird triangle pants. There is an overwhelming cast of characters, so vast it seems an awful chore for the filmmakers to include them all. The Martian scenes are more alluring than the Russian ones obviously. And other than the building of a spaceship in a night, it’s a highly plausible story.