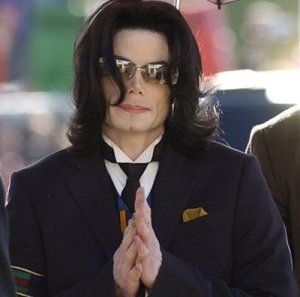 My first memory of Michael Jackson is in third grade when I smuggled my AM transistor radio to school, and tuned in to WFIL as I was walking home from school, and “Rockin’ Robin” came on. The kids that were with me were all excited that it was Michael Jackson. Dummy me, I didn’t know who that was, but I was quickly schooled that he was one of the Jackson 5, and that he was actually our age – or at least a little kid just like us.

Over the years Jackson continued to be part of the soundtrack of my early life. Whether it was the Saturday morning cartoon featuring him and his brothers, singing the theme to Ben, or his entry into the disco scene with “Off the Wall” and also with his brothers now just the Jacksons – he was always around. 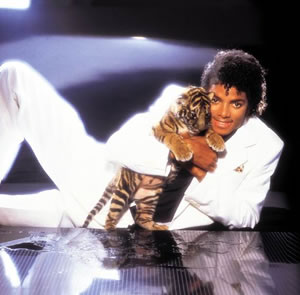 After I graduated high school Michael made a comeback known as “Thriller” In the advent of MTV I was working at a record store during the Christmas that the album was out. It’s one thing to say it was one of bestselling albums of all time, it’s a whole ‘nother thing to be working retail when it was at its zenith. I can remember filling the shelves and walls over and over and over again.

This was also at a time when VCRs were fairly new and at the back of the store we were demonstrating them, and demo-ing them with a very special new videotape, “The Making of Thriller.” Every time when the music video for the title song would come on, the back of that tiny mall store would fill up with no less than a hundred people. It happened that way at least once an hour all through that Christmas season. That’s how hot Michael Jackson was at the time. 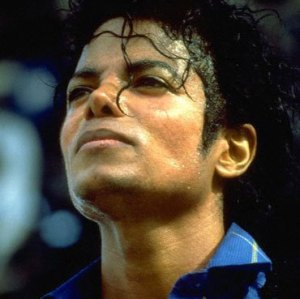 I remember the night of the Motown 25 special, just as I remember the night Fox aired the longform video for “Black or White” when he smashed up a car and grabbed his crotch. I remember the releases of “Thriller” follow-up albums “Bad” and “Dangerous.” As his behavior became more erratic and the paparazzi more insidious, Michael became even more bizarre and reclusive. With all the strangeness, it began to affect his popularity, and he retreated further.

It was at this time that allegations of child molestation began to surface. Sadly his fame became infamy as the allegations and rumors mounted and continued. Michael, while a pariah in the States still maintained an Elvis-like fame in the rest of the world. His death earlier today by cardiac arrest, was on the brink of a major new tour.

Despite what may or may not have happened in recent years or before that, Michael Jackson was a gigantic talent, a serious musical force that shaped the world, a phenomenal performer, and he will certainly not be forgotten.