10,000 B.C. ~ Ever since Roland Emerich and Dean Devlin ruined Godzilla I have been wary of any Centropolis film. And when I saw previews of 10,000 B.C. my first thought was it was a way of cashing in on some new state of the art special effects and also the flood of prehistoric programming on the Discovery networks. When it finally came around on the cable I took a peek just to see the effects, and I was pleasantly surprised. It’s a hero’s journey story in the Joseph Campbell vein that follows a primitive man into the world of wannabe gods building pyramids with saber-tooth tigers and wooly mammoths thrown in for good measure – and it’s quite good, or at least tons better than I expected. Worth taking a chance to check out, good adventure fodder.

Live Free or Die Hard ~ When you Google the term ‘popcorn movie’ it should take you right to the movie poster for this flick. If you’ve seen any of the other Die Hard movies, or any Bruce Willis action flick really, there are no real surprises here. Willis knocks a helicopter out of the sky with a car because he’s out of bullets, and it’s got Kevin Smith, really, what more could you ask for? Munch lots of popcorn and call it a night’s entertainment, you’ll be satisfied. 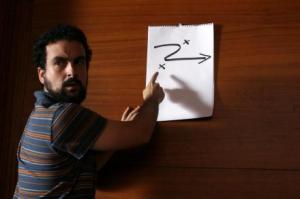 Star Trek: Nemesis ~ The final Trek film before the powers-that-be decided a complete reboot of the franchise is not as bad as I would have thought. The Enterprise crew from the “Next Generation” TV series find themselves caught in the center of a hostile takeover in the Romulan Empire, one masterminded by, as it turns out, a clone of Captain Picard. Hilarity ensues. While there are nice touches and cute nods and nudges throughout, this is really just an action flick in Trek dressings. I can see why hardcore fans were disappointed in what was considered, even then, the final voyage for these characters. Lotsa action and special effects, but it could have so much more, and definitely not as much of a rehash of Wrath of Khan as it seems to be. Recommended if it’s on free TV.