Once learning that I could download game demos from the PlayStation Store, I have been a downloadin’ maniac. And once I figured out that if I didn’t like them, I could delete them… I’ve downloaded even more and more. This blog entry is about some of the games that didn’t make the cut for me, and why.

Heavy Rain ~ I remember a few years back when this game initially came out. It was a big, big deal. It was called “an interactive drama psychological thriller video game.” Besides being a mouthful of adjectives and noun, it was also supposed to have phenomenal special effects. In the one sequence I was able to see, and not get past, yes, the effects were pretty cool, but again, as I said, I was pretty much just stuck in this one alley and couldn’t go anywhere else. With my low patience tolerance, I deleted this one fairly quickly. 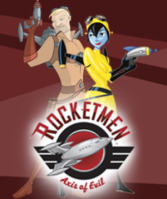 Marvel Pinball ~ While I am a big Marvel Comics fan, I am not much of a pinball player, especially not in a video game where you really can’t move the machine or ‘finesse’ the ball where you want it to go. The Bride however is a big pinballer, both real and video. I figured this would be a good game for us both to play. Sadly, after many attempts, I have yet to make this one download. There is always a problem. Oh well.

Rocketmen: Axis of Evil ~ Along with Ghostbusters and the similarly titled Rocketbirds, this game is just too damned loud. Every time I passed by it while looking for another game, the volume of it would blast so loud for just the second the cursor paused on it – I eventually just deleted to make the noise stop. I still have no idea if it’s any good or not. It certainly looked intriguing in a Dragon’s Lair anime way. 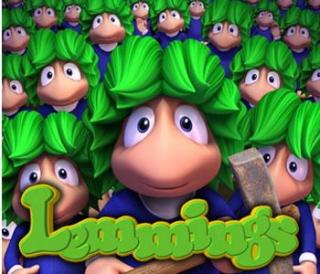 Lemmings ~ I love Lemmings, and on the PC version of this game I rocked it, and enjoyed it immensely. I loved Lemmings and as I said I was pretty good – no such luck with the PS3 version. It reminded me a bit of the PS3 Elevator Action (which I’m sure I’ll talk about here sooner or later), as it resembles the original game but has different dynamics and controls. I couldn’t do it. So because I was ashamed of not being good at a game I used to be good at – I deleted Lemmings.

Seeing how inept I am at this gaming stuff, and how enthusiastic I am at downloading free demos, I’m sure this list will only grow. Time will tell.