The Strangler ~ Rather well done for its day, this 1964 crime thriller might seem dated by today’s standards. It was designed to exploit the real life Boston Strangler killings but then relocated and altered to distance itself from the case.

Held back by a sad cast, and reportedly the director Burt Topper as well, Victor Buono still rises to the top as the mother and doll obsessed serial killer. He appears to be the only one acting among a crowd of cue card readers.

Had it not been for the lackluster cast, and the uneven score, this could have been a movie on par with Psycho or The Boston Strangler, but it fails to even be a good exploitation flick, despite Buono’s performance. 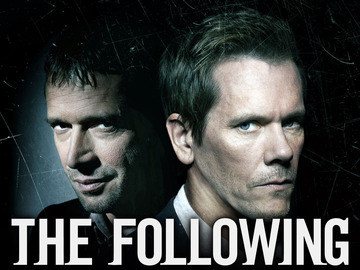 I was wary of this one. Usually when Fox gives a lot of hype to a new TV series, it’s either a big hit, or a big disaster. Excuse me while I wash the taste of “Touch” and “Alcatraz” out of my mouth. But then again, there was also “24.” Fox has been pushing “The Following” very hard, but because I like Kevin Bacon (well, bacon in general), and I’m just sheeple like that, I gave it a shot.

Bacon is former FBI agent Ryan Hardy, reactivated because a violent serial killer he put away has escaped prison. The charismatic James Purefoy is the killer Joe Carroll. Purefoy is a favorite of mine. You might know him from HBO’s “Rome,” and you should also know him from the excellent John Carter and the even lesser known Solomon Kane. The dude is awesome. 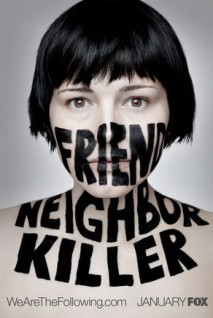 The catch here in “The Following” is that all the time Carroll has been in prison, he’s been online building a very particular social network. They’re not just followers, mind you, they’re also copycats and wannabes. Yeah, a serial killer social network, hanging on his every word.

Now the star power is not all in front of the camera, there’s some behind it as well. The pilot is written by creator and showrunner Kevin Williamson. You probably know his work, new spins in the worlds of horror and drama like Scream, I Know What You Did Last Summer, “Dawson’s Creek” and “The Vampire Diaries.” However, like Fox, he’s had his share of dogs as well. Anyone remember “Hidden Palms”? 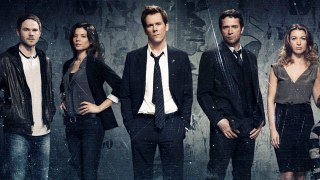 Also in the cast, but too far in the background for my tastes, are Shawn Ashmore and Billy Brown, both terrific actors. I also like relative newcomer Li Jun Li. It’s a great cast, but vastly overshadowed and overwhelmed by Bacon and Purefoy, not that there’s anything wrong with that.

What is wrong however is a little thing and a big thing. The little thing is Williamson needs to brush up on his knowledge of pacemakers. The big thing is this premise is more miniseries than series. Viewers will only be able to take so much of this, before they start asking, “Is it time for the good guys to win yet?” The monotony can only be saved by new twists, and I wonder if Kevin Williamson has enough of them.

For another opinion on “The Following,” check out Amanda Reynolds‘ terrific review at Biff Bam Pop! here.

It’s a pretty trick for a writer to pull off a hero out of a villain, even more so when it’s a serial killer. And thus it is with Showtime’s “Dexter.”

Michael C. Hall, late of HBO’s “Six Feet Under,” plays Dexter Morgan a blood specialist for the police who is also a serial killer. Taught during childhood by his adopted policeman father to channel his darker urges toward other more deserving serial killers, Dexter easily makes that villain-to-hero leap. It is disconcerting when Dex does do his own serial killer thang, that you suddenly realize you’re rooting for him.

The core of the lesser (or is it better) of two evils comes from the book(s) by Jeff Lindsey – “Darkly Dreaming Dexter” and its sequel “Dexter in the Dark” which I heartily recommend. He’s a complex character who is surrounded by just as intriguing back-up and played by just as talented cast. If you don’t already have Showtime, this is worth getting it for. The second season has just begun, and it trumps the first in just two episodes so far. See it!