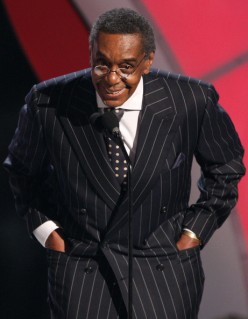 Don Cornelius was found dead this morning by police, apparently from a self-inflicted gunshot wound. The creator and first host of the long-running “Soul Train” will be missed.

Now you’re probably asking yourself what this white boy from the suburbs knows about Don Cornelius or “Soul Train,” well, I’ll tell you – a lot. As a kid, and even now as an adult, I am always looking for new music. The AOR semi-metal and bubble gum pop everyone else listened to in high school got old quick for me (I’ve talked about this before here), so I looked elsewhere. I traveled the radio dial, and I watched all the music shows, including Don’s famous train, that I first encountered on UHF channel 48. 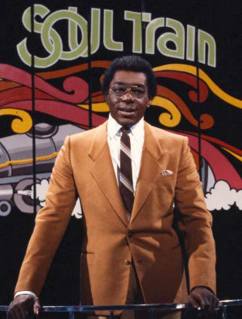 “Soul Train” was different. It was a dance show, yeah, but it had more of an edge to it than “American Bandstand,” “The Music Thing” (does anyone else remember that?) or the much later “Dancin’ On Air.” I was on the Train when I was really young, pre-disco, and I trusted The Don to introduce me to new acts and new types of music. Soul, R & B, and Urban Contemporary (if we must use labels) all flowed into my head like wonderful ear candy. And even though Don was slow to let the rappers on stage, when the gates opened, he brought on all the greats. His distaste for the new sound never showed on the mike, he was always professional.

Don was The Man, and I mean The Man in the best way possible. He saw a television market without a musical outlet for his people and their music, so he created it. He opened up a whole new world for everyone with “Soul Train,” even dumb white boys from the suburbs. Thanks, Don.

Singer Etta James passed away today from complications of leukemia. She had been fighting ongoing illness for years. Truly we have lost one of the greatest voices of our time. Rest in peace, Etta.