The Secret World of Arrietty

The Secret World of Arrietty ~ Probably one of the most wonderful things Disney has done in recent years, outside of their Cruise Line and keeping Marvel Comics from going under is obtaining distribution rights for Studio Ghibli. Those of us in the genre audience who have loved the breathtaking work of Hayao Miyazaki can now share it with the rest of the world.

The newest import from the Land of the Rising Sun, via Disney distribution is The Secret World of Arrietty, also known as Kari-gurashi no Arietti, is based on “The Borrowers” novels by Mary Norton, which have provided inspiration for many television and film projects. The Borrowers are tiny folks who live in the floorboards of your house and only take what they need. 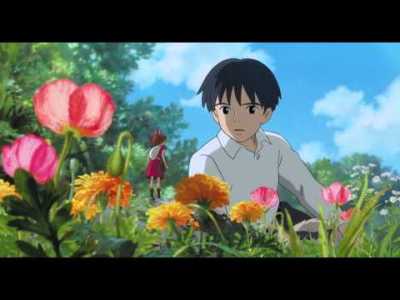 Here they live in a house soon occupied by a sickly boy who sees them right away, especially a high-spirited young Borrower girl named Arrietty. A tentative friendship blooms in this smaller than usual (pun unintended) Ghibli film. It is wondrously animated and tells a touching story with a surprising voice cast. Amy Pohler didn’t annoy me and Carol Burnett slips easily into a villain role.

Like all the Miyazaki and Ghibli films, this is a joy to watch, a wonderful adventure and character story, highly recommended.