With the addition of the PlayStation 2, I felt it was time to take inventory of exactly how far down the rabbit hole The Non-Gamer has fallen since this started. The first problems were that Ray also gave me PS2 games with the PS2, then I bought a few myself. Damn you, GameStop, for liquidating your PS2 games at buy-two-get-one-free.

Of course I started this blog after the purchase of a PS3. So far we haven’t purchased many PS3 games actually. I got one of the Ultimate Alliances because I really wanted to play it. I bought DC Universe Online as soon as I learned it was going to be free to play. The Bride bought Disney Universe and Sing It, and then there are all those games Ray lent us. There have been a few other games, but for the most part we have been downloading them. 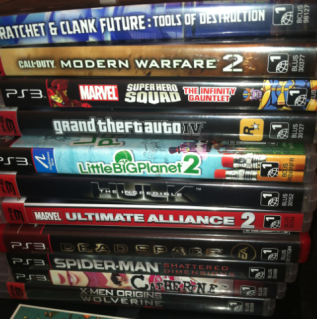 The PlayStation Network provides an amazing, ever-changing selection of demos and trial versions of games. At last count, we had over eighty games in our system, including at least a dozen we have purchased. Pain is one of my favorites to this day. Whenever I open the PlayStation Network, I will end up playing it for at least a little while, good for a bit of stress relief.

Now even though I call myself The Non-Gamer, and this blog started with the purchase of the PlayStation 3, I do own other game systems. As I’ve mentioned I bought an Atari 2600 back in the 1980s. We have almost two of the old Atari game shelves full of the little cartridges

Once we got married, one of the big deal buys we made was an old Nintendo Entertainment System along with all the bells and whistles, not to mention about thirty different games. While I love stuff like the Mario games, there is always the problem of “turn waiting.”

We also have a Super Nintendo as well, but only two games for that, Justice League Task Force and Super Godzilla. Yeah, it was a Christmas gift, and was feeding two of my peculiar obsessions. It did not get much play as no instructions came with the game system, or either of the two games.

I haven’t even thought of the dozens of games on iPhone if they count.

Wow, I guess I’m not much of a Non-Gamer after all. Now, can someone please tell me how to turn off the PlayStation 2? 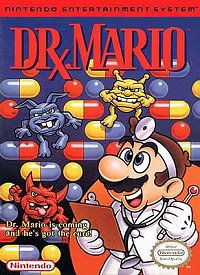 One of the reasons I have never been much of a gamer, and the PS3 with its aversion to multiple player games is a big culprit, because I dislike the ‘turn wait.’ That is to say, I don’t like waiting for my turn at a game when the other player is infinitely better at it than me. This reared its ugly head back in the Nintendo days when The Bride and I used to play Super Mario Bros., and her turn would last for hours. It was also the reason I preferred Dr. Mario as we could both play that at the same time.

The night I talked about a while ago when Jeff and Crystal came over and played the demos, they just didn’t whup my butt at Zombie Apocalypse and Nucleus, they also tried their hands at Watchmen and my favorite, Infamous. I was not disappointed by the long long looong turn wait.

In Watchmen, I had gotten past the wonderful Dave Gibbons motion comic animated art from the original Watchmen comics that form the introduction, but had barely moved anywhere in the prison break. I did find it annoying that whoever you picked to play – Rorschach or Nite Owl II – the other would just stand there doing nothing. Not realistic. Jeff and Crystal ripped through the prison break like they were the real characters.

Then they moved on to the Infamous demo. I had never gotten past zapping folks and cars with electrical powers, and riding to the first station atop the train. For those who don’t know, that’s really not far. Fun, but not far. That keen mutant skill, of both Jeff, and Crystal, derived from years of gaming experience, kicked in and soon they were sailing far ahead in the game and fighting bad guys that I had never even glimpsed in my hours (yes, hours) of playing this game. 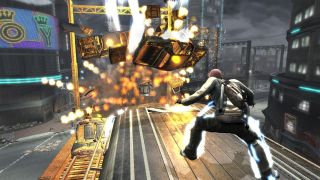 The Bride who had watched me play the same two or three scenes from Infamous multiple times, was treated to almost an entirely new movie never seen before. The turn wait was starting to get to her as well, so then they moved on to Little BIG Planet 2. Three people can play that at once.

This turn wait was much longer. I went to bed. When I got up in the morning, I swore I was gonna practice. Years of experience can’t be that hard…

Okay, I’ve been doing this for a while now, and I’m actually starting to get my groove down with all this gaming stuff. I have even learned some of the lingo of the genre. I have even created a term or two of my own. These aren’t anything new, but they were new to me. Here are a few examples.

PVP – this one is easy, even though I wouldn’t have known what it was a few months ago. It means ‘player vs. player,’ like in a fight game like Street Fighter or Mortal Kombat. You get to play against your friend without that annoying turn wait thing.

Newb – this is sooo me, someone who doesn’t know anything about videogames, or a particular videogame.

Leet – pretty much, this is the opposite of a newb. This is someone who is very good at a videogame or videogames.

Pwn – this is what leets typically do to newbs. If you get your ass handed to you in a videogame, you have been ‘pwned.’ It comes from the common typo of hitting the P instead of the O because they are so close on the keyboard.

Kill Move – the stupid or clever victory dance of sorts a character does when they have beaten their opponent. It can range anywhere from jumping up and down to teabagging the opponent. Whatever makes one happy, I suppose.

RTFM – this is one that has been directed at me from several people, and even friends, since starting this blog. It’s an acronym that stands for “Read The F*cking Manual.” Yeah, it’s a semi-nice way of telling me that I’m an idiot. I maintain the manuals are too long, too confusing, and assume you have years of experience playing these games.

Turn Wait – this is when you are stupid enough to let someone much better than you play a game first, before your turn. There’s also Turn Wait Bastard, which would be the person who’s better than you. They also don’t have to go first. You could have your turn, then they go, then you go to bed. 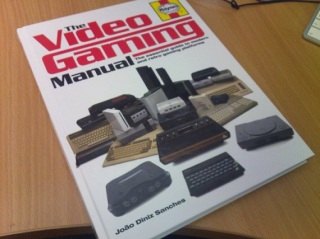 The Glenn Method – this is a controller technique, named after me, that means frantically hitting all the buttons, triggers and joysticks on the controllers until something happens – hopefully something good. Sometimes this works, sometimes it doesn’t. I’m sticking with it.

Got any other words you’d like to teach the Non-Gamer? Let me know. I am always ready to learn, unless it means I have to read one of those instruction manuals…